History of the Oblate Juniorate

Oblates from Sri Lanka came to Pakistan in 1971 with a vision: to help the local church in the diocese of Faisalabad (formerly Lyallpur).  How this vision should be brought to reality through parish ministry, by enacting Basic Christian Community, through youth ministry?  In fact the early oblates tried all of it to some extent.  Something struck them with the light of the Holy Spirit: recruiting young men to become oblates to help not only the diocese of Faisalabad but whole of Pakistan.  To materialize this idea it did not take long for the oblates to break the ice.

After three years of oblates’ arrival in Pakistan, there was one person by the name of Wilson Sherazi (later left) who wanted to join the oblates.  But at that time there was no idea of taking local vocations.  Some Oblates were insistent that the oblates came to help the diocese of Faisalabad and the best way to help it was to promote vocations to the diocesan priesthood.  On the other hand, there were others who were of the opinion that the oblates can help the diocese in a better way, according to the oblate charism, by recruiting vocations for the congregation.  They strongly felt that “If God was calling young men to the Oblate way of life who are we to block God’s calling?”  Finally, this difference of opinion settled down in favor of starting a formation house to recruit vocations to the Oblates.

At the initial stage, oblate candidates were sent to Dar-ul-Naim (Franciscans Minor Seminary), Lahore, where they stayed with the Franciscans.  Having experimented for some time, the Mission Council of 1984 thought it fit to have own formation house somewhere in Lahore close to formation houses of other congregations so that oblate students could also attend classes at nearby St. Mary’s Minor Seminary (Diocesan Seminary).

This plan did not go very far.  First of all it was a monetary question.  The land was very expensive.  Then the focus turned to Multan.  In Multan, first it was thought to have the formation house close to the Pastoral Institute but again that idea was scrapped because Pak Arab Fertilizer factory was adjacent to it and its caustic smell was a health hazard.  Then a place was found outside the main city of Multan in the Industrial Estate area.  The land was bought during the time of Bishop Bertrand Boland OP (1966-1984) in 1984 who gave oblates the stamp paper which states that the land is the oblate property and they are free to sell it.  Later Bishop Patras Yousuf (1984-1998) also encouraged this move because Louis Colony (a settlement for Christians) was already established there.  Bro. Alfred RAYPPU, OMI (RIP) (later priest) supervised the building and in September 1986, Oblate Juniorate was inaugurated and he was appointed as the First Rector.

Many young men have passed through the Oblate Juniorate up to now.  Great number of them did not pursue to become oblates or priests but they got Christian formation from this house which has been the hallmark of this institute.  Presently the Oblate Delegation of Pakistan has 29 local oblate priests because of this Juniorate.

At the beginning success seemed distant.  Those who joined the Oblate Juniorate left it soon.  Many came, studied and went away.  We felt that our process of recruiting young men by going to the parishes, hostels and schools was not the correct method.  Then we changed the strategy and began recruiting them through priests, nuns and catechists; introducing oblates to those young men who already had an idea of becoming priests.  May be they did not know about the congregation but that’s where the catechists, priests and nuns helped them to introduce the oblates to them.

“Today, in the local milieu of Pakistani Church, there is a general impression that the Oblates are doing quite well.  The local oblate priests are appreciated for their hard work for the growth of the local church”, remarks Bishop Victor GNANAPRAGASAM, OMI.  We are contributing to the local church through our personnel.  Bishop Victor GNANAPRAGASAM says, “For me, the very fact of having local oblates carrying on the Mission of Christ imbued by the charism of our founder is the dream of my life come true”.  Presently the Oblate Juniorate has 15 students with two formators Fr. Abid Saleem OMI and Fr. Pervez Raza OMI.

The aim of the Oblate Juniorate is to inculcate the missionary zeal according to the Charism of the Oblates of Mary Immaculate through human development, ethics, religious formation, and to mold the young men as gentlemen to hold some responsibilities within the local as well as the universal Church. 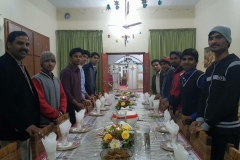 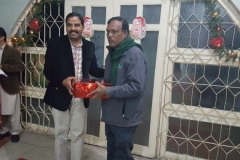 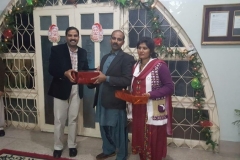 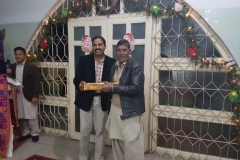 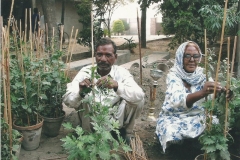 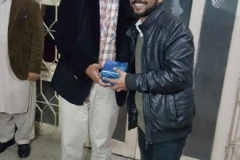 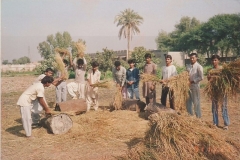 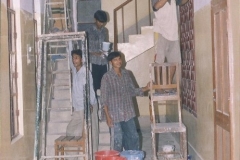 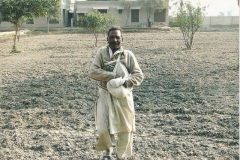 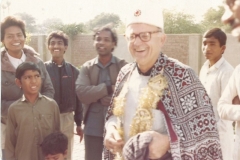 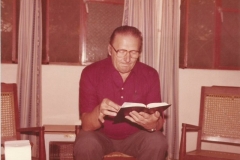 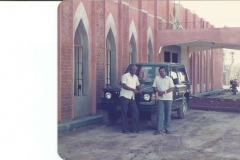 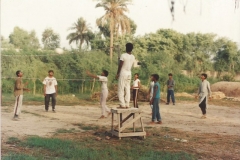 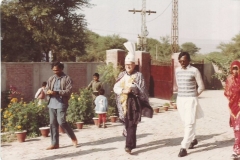 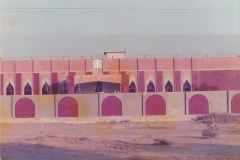 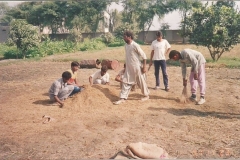 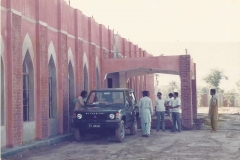 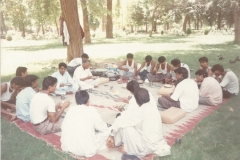 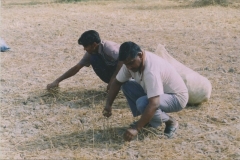 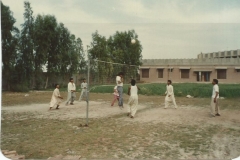 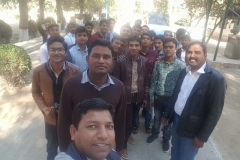 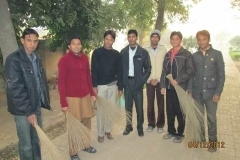